You can do Anything Never bend your head. Always hold it high. Look the world straight in the eye.

All too often we look at someone’s appearance and don’t see what God sees.

Heck, I do this with myself every single day.

When I look in the mirror I might see someone too young to lead a team. Or an aging person who has passed their best opportunities because I was too scared to listen to God.

Sometimes I see a guy who looks too tired and worn out to keep moving.

But that’s not what God sees.

He looks past the outward appearance to see what’s really on the inside.

Someone who never gives up.  When they are told “No” it really means that I try even harder to make it happen.  A person who has the knowledge to do anything I want.

God did the same thing when he chose David to be king.

If we go back and read a few verses in 1 Samuel Chapter 16 you would find that Samuel really thought that Jesse’s oldest son was going to be chosen to be king.

Probably for a few reasons.

He was strong, had distinguished features, and he looked the part.

What Samuel couldn’t see was his personality.

Much the same way we can’t see someone else’s personality until after we have spent several days with them.

After God said, “Not this one” I’ll bet Samuel was a little disappointed.

He went through all of Jesse’s children and God said, “Not this one.” to all of them.

Then Samuel asked, “do you have any other children?”

Jesse told him,  “One more he’s out in the field with the flocks.”

They sent for David and the bible describes him as, “Ruddy!”

Ok, Then it goes on to also describe him as “God Like” too.

But you see God never judges a book by its cover.  Why do we judge ourselves as well as others by our appearance? 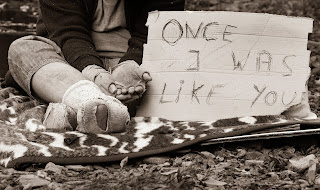 Have you ever seen someone in a suit and thought wow that guy/gal must be important?

Or seen a person walking down the street in jeans with holes in them, and an old T-shirt and thought glad I’m not like him.

In a book, I recently read the author talked about when he met one of the people who invested greatly in Pixar animation, and how he noticed that he had holes in his pants down by his calf.

There were 2 small holes on each side of his pants, on each leg.

He said, “This guy has so much money that he just bought part of Pixar, and he walks around with holes in his pants.  If it were me I would just go out and buy new pants.”

As he got to know Steve Jobs better he realized that while Steve cared about his outward appearance, those minor holes didn’t change who he was.

You see those holes were there because Steve pulled up his socks several times a day and that was where he would grab his socks through his pants and pull them up.

Our outward appearance doesn’t affect what God has in store for us.  It doesn’t change what he wants us to do.

Have you ever judged yourself by your outward appearance?

If I could be completely honest with you for a minute.  That’s what stopped me from starting my own business for many years.  I didn’t feel that I was “good enough” to have a business.

Do you listen to God and know that we can do anything? Or do you listen to your inner critic and not get off the couch because “you’re not good enough?”

Today is your day to take action! 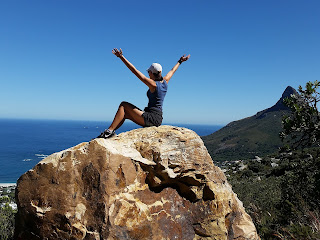 Get up, look in the mirror and see the REAL person God shaped you into.

The Vibrant, outgoing, gorgeous person he designed has been right there the whole time.

So today I want you to do something that you have never done before.

I don’t care what it is, just do something that you have never done before.

For me, it’s going to be to write a letter to myself explaining all of my qualities and why I can do this.

I know it might sound silly, but hey it works. Try it!